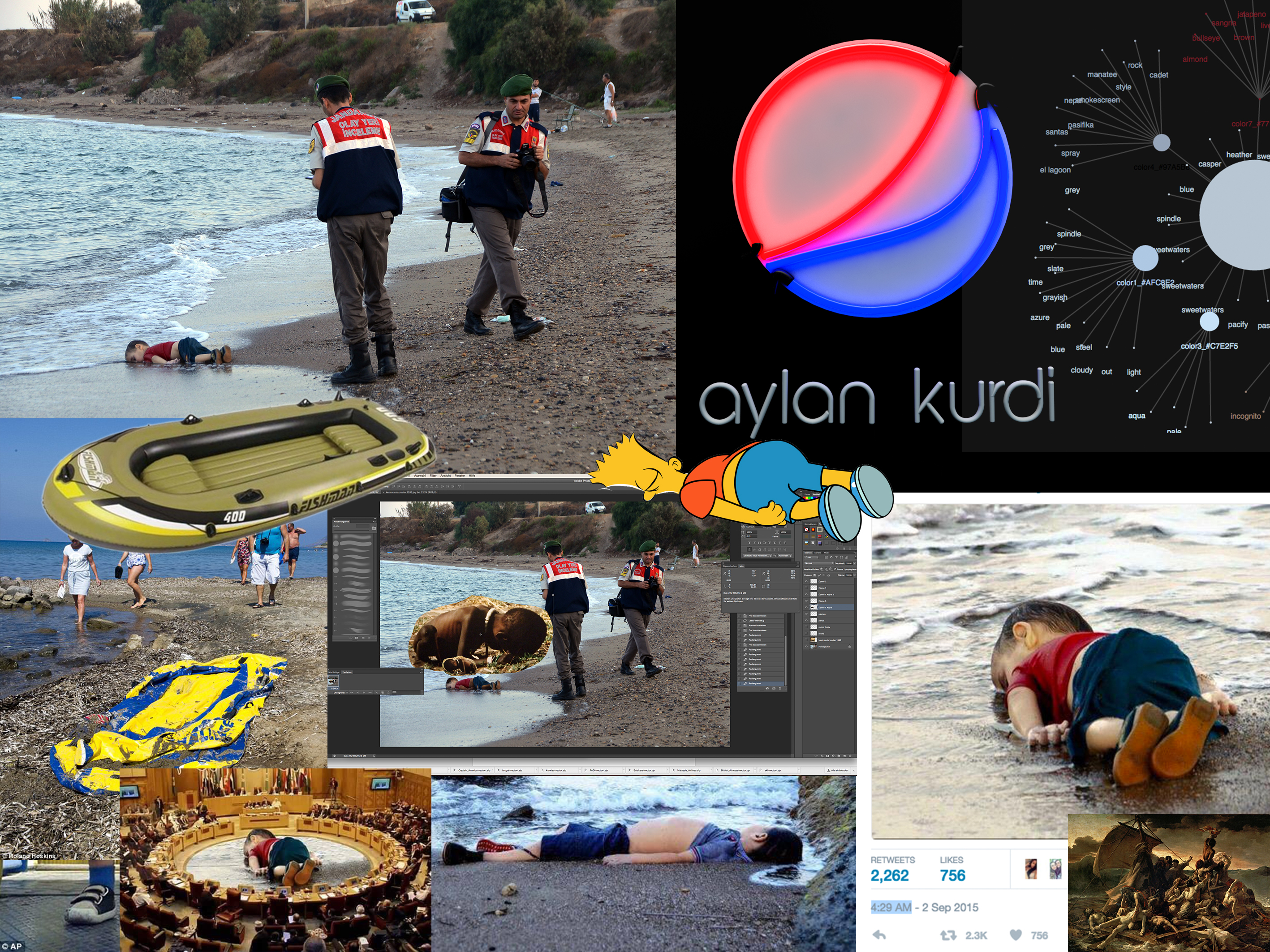 „Forensics of an Image” is an ongoing project that focuses on the images produced around Aylan Kurdi ́s death on 2nd September, 2015. Kurdi was a Kurdish boy who, drowned on the coast of Bodrum, Turkey, while trying to flee to the Greek island of Kos with his family. His image brought international attention and political implications to the actual refugee crisis. This project aims to explore the, “effectiveness” of this image on western media and to view it in relation with other images as an investigation strategy. From technical data concerning its digital nature to legal procedures of distribution, “Forensics of an Image” seeks to dissect Aylan Kurdi ́s image in order to understand it. The testimonies of officers, witnesses and photographers who saw the body on the beach for the very first time, as well as video footage and satellite images are used as evidence to decipher the image of Aylan Kurdi.